You are here: Home > Our Teachers > Catherine Bundt 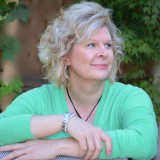 Catherine Anne Bundt is a graduate of the UBC Piano Performance program where she studied with Jane Coop and participated in master classes with Fanny Waterman, Menahem Pressler, Elly Ameling and Rudolf Jansen. She was a full scholarship student at the Banff International Centre for the Performing Arts where she studied with Marek Jablonski and later completed two years of further studies with Lee Kum-Sing, again at UBC.

Catherine is an active performer, teacher and adjudicator who strongly believes in the value of music in children’s lives and sees teaching music as giving young students ‘a gift for life’.

Catherine has been a BC Registered Music Teacher for the past 30 years and served several terms on the South Fraser branch
executive council and festival committees. In an attempt to make music accessible and affordable to her local community, Catherine has also hosted more than 30 “house concerts” in her home featuring performing artists from universities and music schools.

Catherine is a member of the Canadian Music Festival Adjudicators’ Association and has given classes and workshops throughout the province. She is also a member of the Royal Conservatory of Music College of Examiners and presently maintains a full private studio in Surrey, BC.

Catherine Bundt was last modified: April 4th, 2020 by BCRMTA South Fraser Branch
* Location on this map is NOT accurate. It only shows the rough location.
* Do NOT contact member with unsolicited services or offers.